Welcome to another edition of This Week In Music. There’s so music that I’d like to highlight along with my take on the “new” sound of music. Click HERE to check out my previous edition and let’s get into this week.

END_OF_DOCUMENT_TOKEN_TO_BE_REPLACED

Last week I posted the bracket for Billboard’s Hot 100 March Madness 2014 where songs were paired up in a list comprised of 32 songs and the sweet 16 was announced Monday (3.10). The votes are in and here’s who made the list. First up, my picks. Was I right?

Pink/Nate Reuss ‘Just Give Me a Reason’ v. One Republic ‘Counting Stars’

I wasn’t too far off. All my votes were right except for ‘The Monster’ v. ‘Can’t Hold Us’; Mirrors beat ‘Can’t Hold Us.’ As for the last category I was wrong with my KP / Robin Thicke battle. It comes down to Lady Gaga’s, ‘Applause,’ versus Rihanna’s, ‘Stay.’ Tune in next week to see who makes the top 8.

Here are my picks:

March 11, 1989 was the day that Billboard implemented the Hot Rap Songs chart. In celebration of the chart’s 25th anniversary, Billboard has released lists of the Top 50 artists from 1989-2014, the top 100 rap songs of all time, and the artists with most #1s and top 10s.

Here’s how the ranking was determined:

The 25th Anniversary Hot Rap Songs ranking is based on actual performance on the weekly Hot Rap Songs chart, since the chart’s inception in the March 11, 1989, issue. Rankings are based on an inverse point system, with weeks at No. 1 having the greatest value and weeks at lower positions proportionately less. Due to various changes in chart rules, chart length and methodology throughout the years, songs had varying reigns at No. 1 and on the chart. To ensure equitable representation of the biggest hits from all 25 years, certain time frames were weighted to account for the difference in turnover rates from those periods. 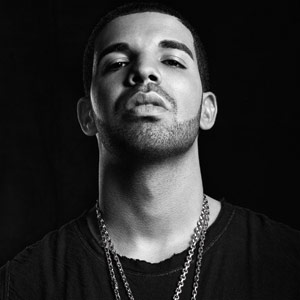 Here are the artists with the most #1s:

Missy Elliot holds the #1 spot for Rap song with most weeks at #1 with ‘Hot Boyz’ featuring Nas, Eve, and Q-Tip. It debuted in November 1999 and spent 18 weeks on the chart. Drake’s ‘Best I Ever Had’ and Macklemore & Ryan Lewis’, ‘Thrift Shop,’ tie at #2 with 15 weeks on the chart. DJ Khaled rounds off that list with his track ‘I’m On One’ featuring Drake, Rick Ross, and Lil Wayne. It spent 13 weeks on the chart.
Enjoy the playlist below of the Top 20 Rap Songs of All-Time from the Top 100 Rap Songs list.

This year Britney isn’t in the running, but there are plenty of fan favorites. The Sweet 16 will be announced Monday, March 10th and the winner March 27th.

Check out the chart below:

Here are my picks for the Sweet 16:

Pink/Nate Reuss ‘Just Give Me a Reason’ v. One Republic ‘Counting Stars’

Tune back in next week for the official standings. It’s all up to the fans to vote so we’ll see. Vote here!

What a well deserved honor to 1/2 of the duo that dominated 2013. In the interview he talked about being nominated in a few of the same categories as Kendrick, especially Best Rap Album:

“In terms of [that category], I think it should go to Kendrick. He’s family. TDE is family, and I understand why Hip-Hop would feel like Kendrick got robbed [if he didn’t win]. I’m not trying to compare albums; I think you can make an argument for both. With that being said, I am a huge supporter of what Kendrick does. And because of that, I would love to win in a different category. We obviously had massive success on commercial radio, and I think that, in ways, The Heist was a bigger album, but Kendrick has a better rap album.”

Al things @capitolchicdesigns this week ✨
Today’s essentials ✨
Busy yet productive Saturday. Ready to enjoy the rest of my afternoon couch surfing with my snacks, remote, & Tik Tok.
Staying hydrated.⁣ Minding my business.⁣ Working on my craft.⁣ Repeat.
Loving this new mini sticker book from @sofabulously_creative’s ‘Pamper & Plan’ collection. Use my code LakFAB for 10% off 😉 #thankmelater
For the love of organization ✨⁣ ⁣ I’m always thinking of other ways to use storage than what it’s intended for. Found these bath organizers @target and knew I could make them work for my desk. My desk, while it’s a spacious blank canvas, gets piled with junk in between projects. I wanted a simple system in place for my frequently used tools, notebooks, current planner stash and ALL THE PENS! So far, so good.⁣