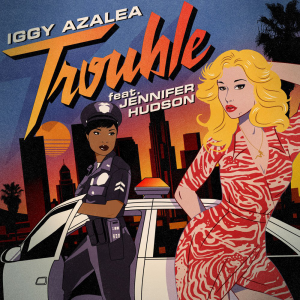 Iggy Azalea is back with another video for the latest single off her re-released album, The New Classic: Reclassified. Click the links below to check out my other Iggy reviews:

The video begins with Iggy pulling up to a bank with this guy who is assumed to be her boyfriend. He says he’s getting money. She replies she thought he was broke and his clever response was he’s getting a loan. Really? Iggy gets out and starts rapping in front of her car and then everyone in the bank runs out screaming and the dude doesn’t even get away with his “loan” as he gets caught by the cops as soon as he walks out the bank.

Switch to the Jennifer Hudson cameo. She’s a cop and is singing her way to lock up Mr. Attempted Bank Robber as she sings her part. Back to Iggy she visits her boyfriend in jail and has ‘Get Ready’ on her hand. I didn’t think that she’d be breaking him out of jail. Here comes the police chase which the news pens ‘Lovers Jailbreak.’ Iggy eventually crashes and her boyfriend gets captured. She walks over to Jennifer Hudson and they start to dance as J. Hud sings. Just when I though the video was absolutely ridiculous and Iggy was going to just walk off, Hudson arrests her.

The video had a storyline which might have seemed a little too staged in certain areas, but I thought it was cool. I did get a Lady Gaga, ‘Telephone,’ vibe from it. As for this making major moves on the radio, I honestly don’t want to hear this over and over and over. This is by far my least favorite Iggy song.

There was an initiative launched last night at the 57th annual Grammy Awards (click HERE for my review) to launch a new initiative, Grammy’s Creator Alliance.

The GRAMMY Creators Alliance is a program of The Recording Academy, a non-profit membership organization representing songwriters, performers and studio professionals.

This could not come at a more perfect time when I am researching just how much streaming, piracy, and paid subscriptions affect album sales. Oh the joy of grad school. I find the information that I am finding to be rather interesting. We live in an age where technology makes it so easy to access music whether its through streaming or music piracy. In this digital age it is much easier and cheaper for consumers to just download the song whether it be from YouTube or a blog. Unfortunately, this is not putting any money in the artists pockets.

From a consumer perspective it can go as far as to say that the artists have enough money as is, but think of it from an ethical standpoint. They put time in to make music that they hope their fans will enjoy and buy. It’s their livelihood and yes it does make them quite a nice salary, but there’s a team behind every project. Those team members have to be paid. Studio time isn’t free. I personally don’t see streaming as an issue because it gives consumers an option on whether to buy based off what they like. I also know that this age is disposable and listen to the same things over and over, radio is proof of that, and then that artist is tossed to the side.

At a recent congressional hearing, I made the case that any updates to the laws set how creators are paid-must strongly protect those who create the soundtrack to our lives

I do believe that artists should be paid fairly for their music that is just shuffled around from site to site. As noted it is their livelihood and fans show the upmost respect in supporting their favorite artists artistry by not pirating their music.

Here are the founding members:

I’m interested in who else will join the initiative. Taylor Swift has spoken on this after pulling her music from Spotify. I expect her to stand along the other artists above in the near future. For more information, click HERE. 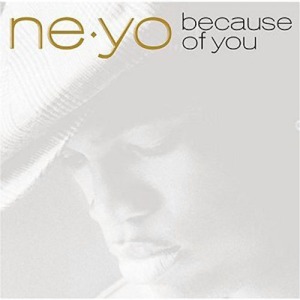 Out of the 12 tracks my top 5 would be (in no particular order):

My friend was so obsessed with Ne-Yo that anytime I would be with her this album would be playing in rotation. At the time I was about sick of hearing it, but there’s no denying that this is every bit of R&B classic, to this generation at least. I love an R&B album that does not have many features and this one only features two: ‘Crazy’ with Jay-Z and one of my favorites, ‘Leaving Tonight’, with Jennifer Hudson. The album touches on just about everything and hones on his skillful writing of love songs. There’s the breakup tracks (‘Go On Girl’/’Leaving Tonight’/’Ain’t Thinking Bout You’), let’s hold on tracks (‘Do You’/’Make It Work’/’Angel’), the love songs (‘Crazy’/’Because of You’/’Can We Chill’) and he wouldn’t be an R&B crooner without singing about sex (‘Say It’/’Addicted’/’Sex With My Ex’).

While I’m not the biggest fan of his latest music, this is definitely one for the books and even seven years later I can still listen to it from beginning to end, reverse, and on shuffle. I would love another Ne-Yo album like this. His music stands alone to not have to keep up with what’s currently on the radio.

CLICK HERE to purchase and listen below (via Spotify): 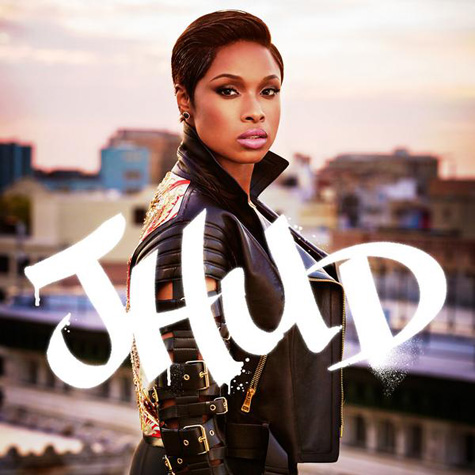 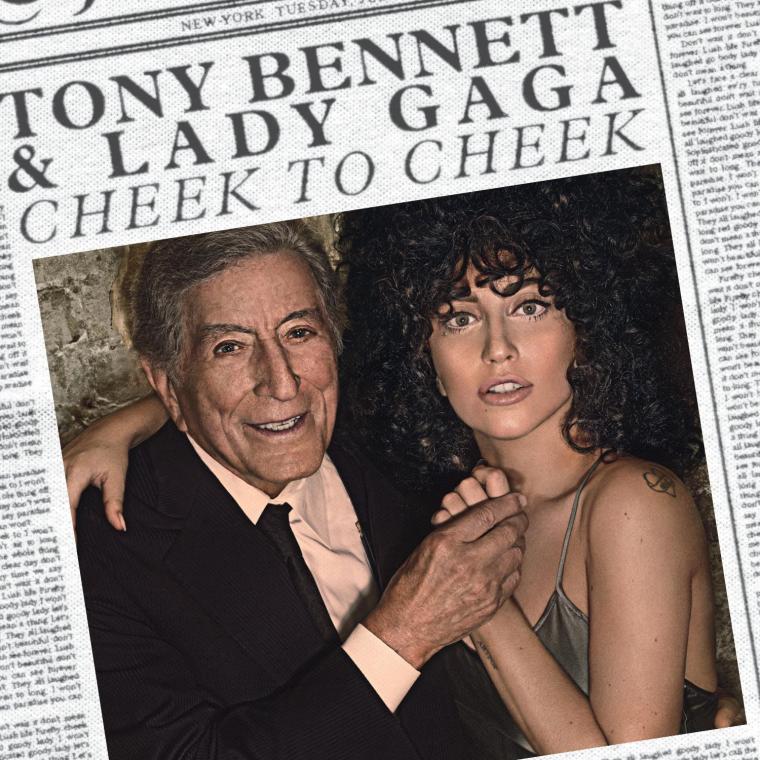 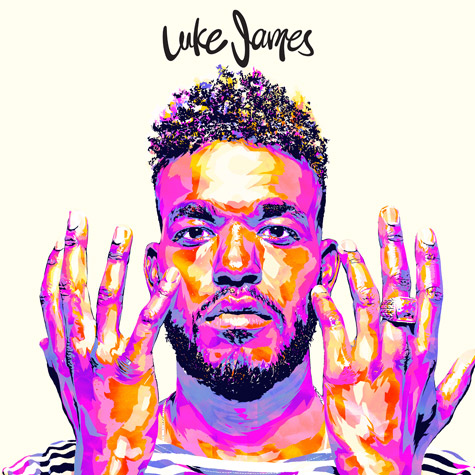 Welcome to another edition of This Week In Music. Be sure to click the links below to check out my posts for this week:

Now let’s get into chart news. The #1 album in the country is, Guardians of The Galaxy: Awesome Mix Vol.1. Sam Smith and 5 Seconds of Summer hold tight in the Top 10 with their albums as well as Frozen although its quickly declining.

As for the Hot 100, Magic!’s ‘Rude’ still holds the #1 spot. Meghan Trainor shoots up from 8-4 with ‘All About That Bass’ looking to dethrone Magic! As for new appearances on the Hot 100, Charlie XCXs ‘Boom Clap’.

There’s a lot of albums coming out this fall so here are dates that have been confirmed thus far:

Jennifer Hudson revealed last month (early July) that her third studio album would be tiled J. Hud. Her previous works include Jennifer Hudson and I Remember Me. The album will be released September 23rd. The track list thus far includes:

Take a listen to the album sample below (via IAmJHud Soudcloud):

The 2014 BET Awards aired this past Sunday (6.29) and I’ve been waiting to give my take on the show for this edition of This Week In Music. Now I did NOT watch the entire show and I kept up with what was going on via Instagram but we will get into the winners that I chose in a previous post and my take on the performances. My initial post pre-BET awards were My Picks. To make it easier and to save from typing, I compared my pick to the actual winner. I didn’t do too shabby: 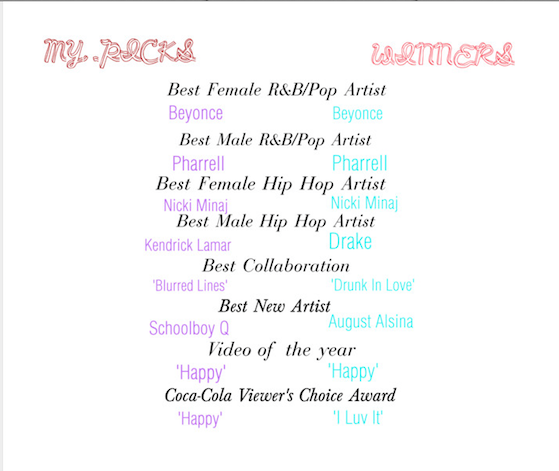 END_OF_DOCUMENT_TOKEN_TO_BE_REPLACED

I’ve reviewed two of Jennifer Hudson’s tracks off her upcoming album, ‘I Can’t Describe’ and ‘Walk It Out’. Out of the two ‘Walk It Out’ is definitely my favorite. Well, in addition to debuting her latest collab, ‘It’s Your World’ featuring R. Kelly, she’s released the title of her upcoming album along with an album sampler (via SoundCloud).

END_OF_DOCUMENT_TOKEN_TO_BE_REPLACED

Let me say YES to a J. Hud track that I am actually LOVING! I have not been a fan of anything she’s released as of late and I was not planning to like this Timbaland assisted track. The last track she released, ‘I Can’t Describe (How I Feel)’, had me uninterested in her new project from the gate, but this new track she’s released has me wanting more.

The vibe of the track lyrically and musically is just perfection. I really like this for J. Hud and it’s a good direction for her to go in to try out different sounds and to not be tied down to ballads. I’m not going to say I don’t want to hear her singing about being happy, in love, etc. it’s just that sometimes the lyrics can be there, but the beat isn’t. Other times it’s vice versa. I just love the ENTIRE vibe of this track. Her throwing in a f bomb doesn’t hurt either. It’s the way it was done that makes it not so noticeable. I also hear a little Justin Timberlake in the background.

Absolutely love this track and I wouldn’t mind another J. Hud/Timbo collab if it’s going to sound like this. Will this hit the radio? It could with the right push. Only time will tell.

Check out the track below: