Welcome to another edition of This Week In Music. There’s so music that I’d like to highlight along with my take on the “new” sound of music. Click HERE to check out my previous edition and let’s get into this week.

END_OF_DOCUMENT_TOKEN_TO_BE_REPLACED

Here’s another edition of This Week In Music. Click HERE for the previous edition and click the links below for other news this week:

In other news, Destiny’s Child has reunited, yet again, this time at the 30th annual Stellar Awards for a performance of Michelle’s ‘Say Yes’ (click HERE for that video review). From the Instagram clips Beyoncé was feeling herself last night (pun intended), but it was great to see all three on stage. Every artist has a zone and it was clear that Michelle was comfortable on stage, they all sounded great, and they were having fun. The show will air on TV One, April 5th. In the meantime, check out a snippet of the performance HERE.

It’s been a big week for Rihanna as she’s released a new single off her upcoming album (link above) and her animation debut, ‘Home’, has topped the box office with $54 million in its opening. She’s featured not only in the movie, but 3 songs on the soundtrack. Other artists featured include Jennifer Lopez and Charlie XCX.  Click HERE to purchase soundtrack and be sure to check out the movie in theaters.

Moving on to chart news, congrats to Kendrick Lamar for having the #1 album in the country. To Pimp a Butterfly tops the Billboard 200 with 324,000 copies sold in its first week, The album was released a week prior to its scheduled date, but that didn’t stop it from topping the charts. In at #2 is last weeks #1 album, the Empire Soudntrack. Over on the Hot 100, Mark Ronson and Bruno Mars are sitting comfortably with ‘Uptown Funk’ (check out the remix HERE). So far the track has been on the chart for 17 weeks.

The iHeartRadio Music awards air tonight (3/29) so be on the lookout this week for a review of the performances.

Katy Perry joins the likes of Taylor Swift, Bruno Mars, Mumford & Sons, and Nirvana as her album, Teenage Dream, spends its 200th week on the Billboard 200. The album was released nearly 5 years ago (Aug. 24, 2010), and its current position on the chart is #126. Not too shabby at all. To date it has sold nearly 3 million copies.

END_OF_DOCUMENT_TOKEN_TO_BE_REPLACED 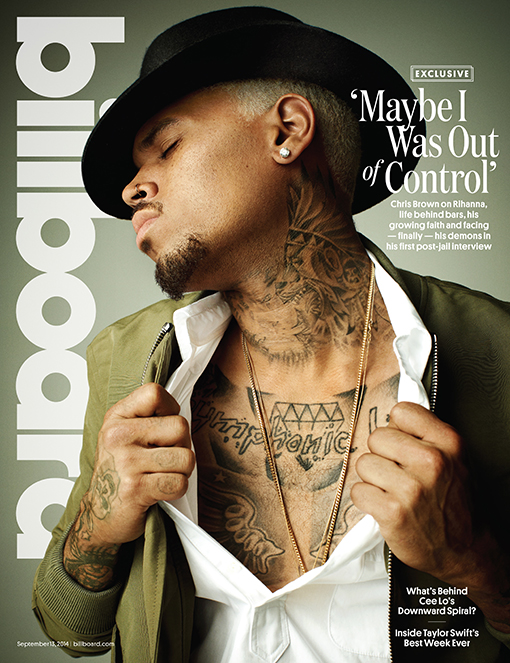 The visual for ‘Bang Bang’ has been released and the performance on the VMAs was a sight to see. The video is very similar to that of their Beats commercial so the commercial was really a sneak peak into what to expect. Jessie J does the whole bend and snap hair swing and shoulder shake, nothing with a bunch of umph. She could’ve went harder with the choreo. Her outfit was cute, trousers, suspenders, crop top, and heels. The curly hair is cute on her and I love it way more than the slicked back pony tail she’s been rocking elsewhere. Ariana is such a doll, literally. She’s dancing around with a megaphone spray painted with ‘Bang’ and her two piece white lace ensemble with white heels is pretty cute. Her voice usually annoys me, but she works well with this song (as mentioned in my initial track review). Then there’s Ms. Minaj. Nicki spits her bars from the rooftop in front of a helicopter in a  black leather top, leopard skirt, and black heels. I love the simplicity of her looks as of late. Nothing outlandish. The video ends with the ladies on top of the rooftop in new outfits. Nicki has on a neon yellow skirt with matching heels and a colorful bra. Jessie has on an interesting dress that’s the same as what she wore on the VMAs except in a metallic zebra print. Ariana is no surprise in yet another TWO PIECE that’s shiny with what looks like a pink chevron.

The video overall could’ve used some more choreo, but the ladies looked great so points for that. Ovther than that it was just alright.

Need more structure in my day, so giving this @jordanpage @funcheaporfree #blockschedule a shot!
Who else is making mental health a priority this year? —————————— Love the variety that @mjplanner has from therapy notes to a thought record (aka a mental check in). The mood tracker specifically is helping my pin point changes I have throughout the month from anxiety to depression and my energy levels. —————————— Interested in adding this printable to your lineup? Use the code Lakia20 and save 20% 😉
One of my daily priorities? A mental health check in. —————————— Loving this @joypaperdesigns, 2020 My Journey Planner. I take a few minutes in the morning or afternoon to reflect, and most importantly, be honest with myself about how I’m really feeling. —————————— Use the code Lakia10 for 10% off your purchase 😉
Anyone else track their mood? ———————— I’m paying close attention to my mood this year as I see a major change during certain times of the month. I could be anxious one day and depressed the next. Keeping a log not only shows a pattern, but puts me on notice to implement the coping strategies that work for me. ———————— Love the layout of this printable tracker from @mjplanner. Use the code Lakia20 to save some coins 😉
Break it up. Get it done. Cross it off.
Very picky about what I add to my planner stash, but this @capitolchicdesigns @michaelsstores drop was a must!
WordPress.com.