Iggy Azalea stormed the Today Show and performed  ‘Work’ and her summer smash, ‘Fancy’, which has been declared triple platinum. With over 3 million copies sold Iggy has become a household name with her infectious track.

‘Fancy’ was released February 17, 2014 and five months later on July 27th it was declared triple platinum. The that it took to get to #1 is similar to that of Nicki Minaj‘s, ‘Starships’,which was released on February 14, and was declared triple platinum on August 16, 2012. Iggy has reached the mark a hare faster and she was able to lock down the Hot 100 for seven weeks.

She also confirmed that she will be performing her new single, ‘Black Widow’, alongside Rita Ora at this years VMAs LIVE August 24th at 8pm on MTV.

Check out Iggy get down in her neon color block outfit below: 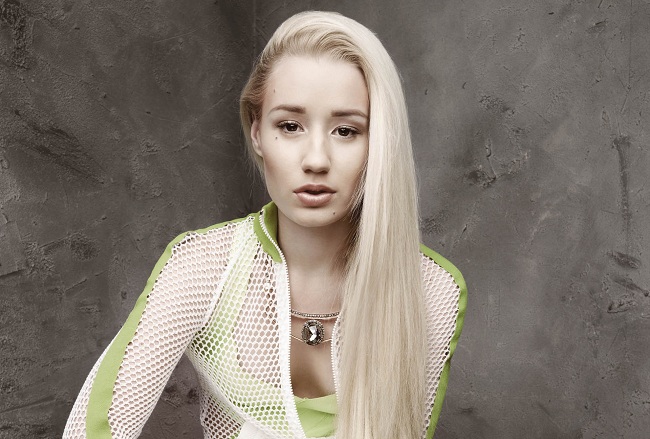 Iggy Azalea has knocked John Legend out of the #1 spot with had Charlie XCX assisted track, ‘Fancy’. The track has sold 1.3 million downloads to date. She tweeted and instagramed about her latest success.

The chart success doesn’t stop there. The collab with Ariana Grande, ‘Problem’ was downloaded another 284,000 times last week remains and has gone from 3-2 on the Hot 100. With holding the #1 and #2 spots she becomes just the third women (Mariah Carey in 2005 and Ashanti in 2000) to hold such rank simultaneously and 15th overall and the chart records don’t stop there. She becomes the 4th solo female MC to top the Hot 10. First was Lauryn Hill [‘Doo Woo (That Thing)’, 1998], then Lil Kim [‘Lady Marmalade’, 2001], and then Shawnna [‘Stand Up’ w/ Ludacris, 2003]. Yes Iggy Azalea has done something neither Nicki Minaj not Missy Elliot have been able to. ‘Fancy’ is the first track comprised of two solo female artist to top the charts since 2001s ‘Lady Marmalade’. 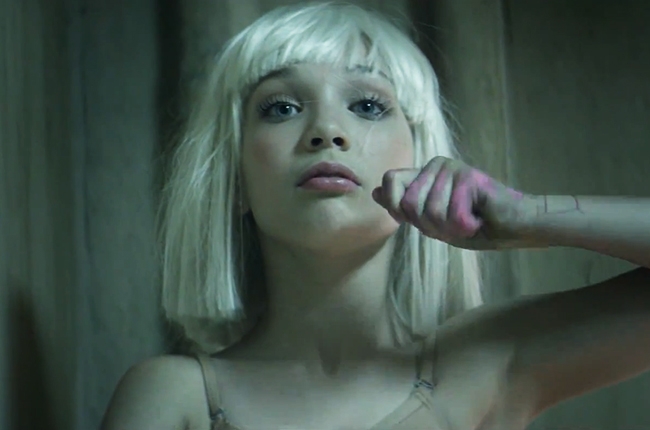 I am in awe and amazement of how beautiful this video is for Sia’s amazing and heartfelt track, ‘Chandelier’. I have never heard music like this from Sia before but I do know of her songwriting and this song is by far my favorite. When I envisioned a video for this I automatically thought interpretive dance with Sia singing on the sidelines. This song is just the perfect dance song and to see a video with straight dance just made me fall in love with this song even more.

Some people may not understand interpretive dance, but if you look closely at the movements in the video it’s pretty easy to catch on to and keep up with. The video stars one of the dancers from Dance Moms, Maddie Ziegler. At just 11 years old she powered through this song with ease with tons of flexibility, great facial expressions, and a blonde bob wig similar to the hair of Sia’s making the song so much more personal. She starts dancing in the bedroom moving to the kitchen then to the living room and then the scene that caught me was when she put her head between the curtains and was waving goodbye and slowly sinking down between them. The imagery and passion I felt through this dance makes this one of the best videos I have seen in a long time and by far the greatest of the year so far.

It’s rare to come across videos where artists take the time to come up with a concept and not just throw extras into  video and put them on a yacht and float on some ocean. It takes a lot of courage for an artist to be vulnerable enough to want to share their lives with fans and take their artistry to another level with the visual. This song has been on rotation for me since I first heard it back in April and this video just solidified my love for it. Kudos to the production of this. Amazing video.

Iggy Azalea takes a drops the mic and steps in front of the camera for her GQ spread alongside boyfriend, Nick Young of the Los Angeles Lakers. Check out the pics below: 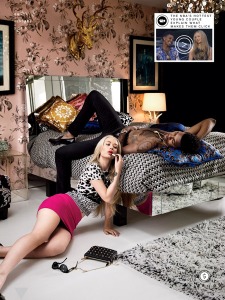 I have seen Iggy Azalea more on Instagram posting pics more than posting music. At first I won’t say that I didn’t like her vibe/swag/rhymes, I just didn’t know who she was. Once I found out she was affiliated with Hustle Gang I decided to give her music a listen. I like her tracks ‘Work’ and ‘Bounce’ and aside from making tracks here and there her music was credible enough for her to open for Beyoncé.

As for this track I first heard it on NYC, Hot 97 Morning Show segment, Battle of the Beats. I like it on first listen mainly because of the beat (sucker for a beat). The reviews were mixed on the show as far as the beat being dope, but Iggy rapping as if she’s from the south. No she does not speak how she raps, but I still think her flow is cool. This track is something I could hear on the radio compared to that of her other work, but NY is a hard market to get your music played on so I don’t expect to hear it on the airwaves in a rotation. My favorite part 1:18-1:28. Who knows when her debut album will appear. Right now she’s just an Aussie beauty that happens to rap. Female rappers are non-existent which sucks because their are some talented female rappers on the underground, BUT there’s always ONE female MC to be at the top.

“Too inspired to be tired.” ———————— My weeks have been long, but I’m blessed and grateful to still be working full-time. I know what it’s like to lose work unexpectedly and not know how things will get paid. Still in all, everything always worked out. As will this. ———————— Grab this sticker in the @sofabulously_creative mini Girl Boss sticker book. Save a few coins with my code, LakFAB 😉 #thankmelater
Who likes to keep it simple in their planner? ————————— I love stickers and even as I have simplified how I decorate my planner pages, script stickers/quotes are my absolute favs. Loving these script stickers from @_sparklesdelight. Mention my name, Lakia, for an exclusive freebie + snag your stash during the @epicplannersale this weekend 😉#thankmelater
Its been a hell of a 3 months so far, hasn't it? ———————— Here we are entering quarter 2 of 2020 and 3 months has felt like a year. With sudden changes, I’ve had to adjust my productivity tools accordingly. So what’s in my current planner stack? ———————— ✨Planning all the things, half letter discbound planner ✨Faith, @paper_sunday notebook + @hellorevival devotional ✨Goal setting, @cultivatewhatmatters ———————— Full details of my current stack over on my YT channel. Click the link in my bio + this pic for direct access 😉 #thankmelater
What do you look for in a planner? ———————— I love flexibility in my planner. To be able to take pages out, move them around. Create my own layouts if I choose. That’s just my preference. You may prefer structure and a planner already put together. Loving the @makse.life layout as it merges intentional goal planning and weekly planning. Hefty planner, yes, but if you’re looking for a central location to keep up with goals and day to day plans, it’s a great option. ———————— Full review is now LIVE on my YT channel. Tap the link in my bio + this pic for direct access 😉 #thankmelater
Currently reevaluating ✨ ———————— Here we are entering the 2nd quarter of 2020. Currently reviewing my annual goals I set back in January and reflecting using the @cultivatewhatmatters PowerSheets prep pages. What’s different? I’m not just looking at the big picture which I tend to do too often. Taking each goal and breaking it into attainable, actionable steps. ———————— So far loving how the PowerSheets allows me to reflect, review, and act. Full flip through over on my YT channel. Tap the link in my bio + this vid for direct access 😉 #thankmelater
Girl Boss ✔️ ———————— Loving this mini sticker book from @sofabulously_creative. 16 sheets total. 2 of each of the 8 designs. What’s your favorite page? ———————— Use the code LakFAB to save 10% 😉 #thankmelater