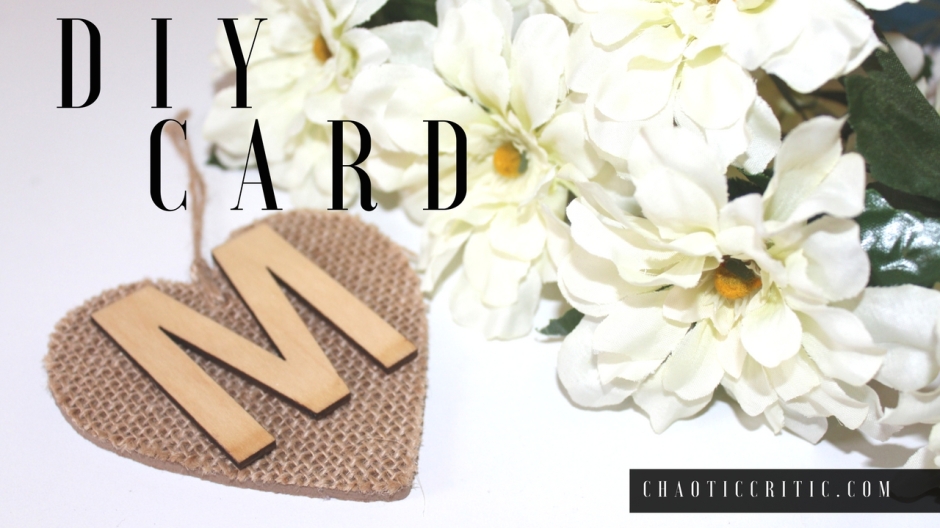 Happy Mother’s Day to all the moms, grandmas, aunts, god mothers, mother figures, etc. Today I celebrate my number one lady, my grandma. My mother passed away nearly 9 years ago, the day before my 17th birthday, my senior year of high school. My grandmother stepped in to the role of both mom and grandma which I can never  thank her enough for.  While I could buy her this and that, at 85 years old, what she enjoys most are heartfelt gifts. So what did I make? I decided to create an interactive card and the outcome, #AMAZING!

As always, be sure to click the links throughout this post for related posts and links to purchase items/similar styles featured.

I created an interactive card using the following:

I initially saw the idea of making a garden box with popsicle sticks, Spanish moss, and small faux flowers. I knew I could turn it into a card so I started to gather my supplies.

I did not have Spanish moss, or small flowers. I did have larger $1 flowers I purchased from Dollar Tree and some from Michaels during their 50% off floral sale. I first created the box with the popsicle sticks. To assemble the box I cut off the ends of the popsicle sticks with scissors. They cut very easily with no problem. I then added 3 popsicle sticks each on both sides to complete the box. After going forward through this project, I ended up covering the entire back of the box with popsicle sticks. Leaving the 3 in the front left space to wedge the flowers in between.

I cut the stems off the flowers and layered them diagonally. I knew I needed to leave space for the heart that I would layer with my grandmas initial. Both the burlap heart and alpha letter came from Michaels. Combined they cost under $1. I painted the letter M mint green which complimented the yellow popsicle sticks well. 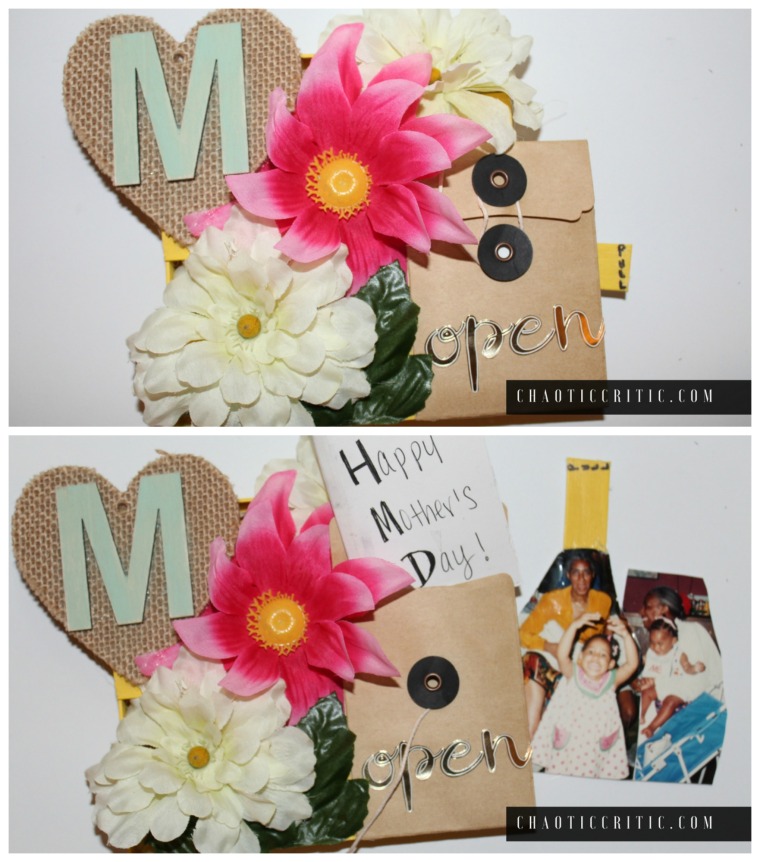 After adding the flowers and then the heart I realized I still had a space left. I needed to add in my handwritten note so I went into my stash to see what kind of envelopes I had. I decided to go with a eyelet string envelope that I scored in a 6 pack on clearance for $1.50 from Hobby Lobby. I added it to the side and then used alpha stickers  I purchased on clearance for 10 cents from Target. I simply spelled out ‘open’ to note to open up to see what’s inside. This is a great spot for a note, money, photos, whatever else you want to put inside.

To jazz this up even more, I needed to figure out a way to add in photos. I cut a slit with an x-acto knife in the side of the box so that a photo or two could be pulled out of the slot. I collaged two photos together and to make it more durable, I glued scrapbook paper to the back. For it to slide out, I attached a popsicle stick and wrote ‘pull’ which added to the interactive aspect of the card along with ‘open.’

The time it took to make this was under an hour. I went into this project with an idea in mind that I saw in a Facebook video, made it my own with what I had, and voila. I love the finished result. This can be done with smaller popsicle sticks as well which is ideal for projects that I create for a local nursing home on a monthly basis 7 months out of the year.

It is easy to modify this interactive card. It does not necessarily have to be for Mother’s Day. It could be for a birthday, a wedding, graduation, baby shower. It’s all about the personalization that you want to add. If you were doing it for a wedding you could add money in the envelope or make it so that when they ‘pull’ from the side of the box, money comes out. The initial would be the last name of the two. For something like this I would replace the flowers with more greenery, even faux succulents if I could find them.

For a baby shower, coordinate the flowers for boy/girl, or you could go gender neutral. If you don’t know the name of the baby and just the gender you could replace the heart.  For a graduation, you could use a graduation cap as the cut out and put the initial of the graduate of make the year they’re graduating pop. If you were creating this for as a birthday card, use numbers in replace of the heart/initial.

Note: Always add the date to your projects!

The possibilities are endless with this one. Quick and easy DIY that adds a personal touch and doesn’t break the bank.

Want to check out more DIYs?