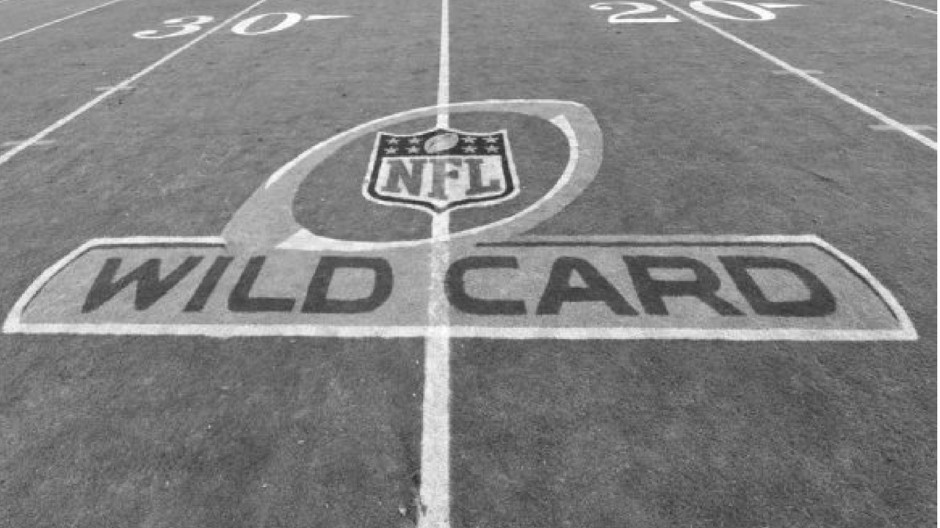 It’s my favorite time of year, NFL PLAYOFFS. Yet it’s bittersweet because football season is almost over. Oh the drought of something to watch until the fall. It’s been one hell of a wildcard weekend. The Chiefs, Steelers, Seahawks, and Packers have all advanced to the divisional round. Yet, the real highlight was the battle between the Bengals and the Steelers. Let’s recap the other scores of the Wildcard Games:

Back to the Bengals v. the Steelers. Long story short, the weather didn’t play a huge factor in the game. The players really outshined the rainy/snowy mixture that was falling. From one of the Steelers coaches grabbing a player by the dreads. To the Bengals defense being rougher than usual. The Steelers were just as rough. Let’s not forget Martavis Bryant’s amazing touchdown catch. Talk about BALL CONTROL! The Steelers went in without our running back DeAngelo Williams, but Fitzgerald Toussaint came in and picked up the slack with no problem.

The game really took a turn for the worse at the top of the 4th quarter. Ben Roethlisberger was sacked and fell on his shoulder. He was carted off the field only to have a water bottle thrown at him by a fan. His absence shifted the momentum that the Steelers had and diminished their lead. The Bengals came in with a force and pummeled the Steelers right up until the last 45 seconds.

The score was 16-15, Bengals up by one point. Our wonderful back up quarterback, Landry Jones, threw the ball away like this wasn’t a do or die game. Thankfully the Steelers were able to recover again and Ben Roethlisberger had seen enough on the sidelines and came back out. Granted he wasn’t in the best shape to throw the ball, but screw his shoulder if we couldn’t go on to the next round. So Ben came out and all we had to do was chuck enough yards for Chris Boswell to get us the field goal for the win.

Let the drama begin. It’s 4th down and Antonio Brown missed the catch only to be hit by the Bengals Burrfict. I mean he was hit. Granted Shazier had popped one of the Bengals players and took the ball on top of that, but this Burfict dude hit the out of Antonio. Again, here comes the drama. Antonio falls, doesn’t move. Fans are yelling and booing. Then the Bengals players really unravelled. They just couldn’t keep it together.

The Steelers got 15 yards which would give them the first down. Really only one play would be need to set up Boswell for a winning field goal. Then as Antonio is walking off the field Pacman Jones just let his mouth run away from him and he got charged with a foul that resulted in us sealing the win with another GIVEN 15 yards.

So, as for next week. Here’s the match up. 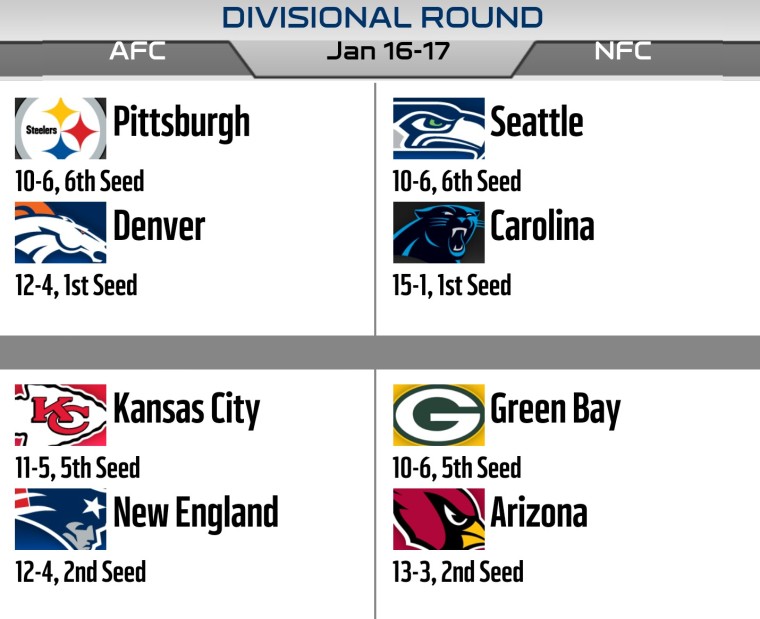 My picks for the AFC / NFC Champship games are:

I have faith in my team and even with Peyton Manning back I feel we have an amazing chance of beating the Broncos. It’s been a injury filled season, but to have an amazing back up squad helps. The Steelers have to convert. It will not be an easy game. The game is not going to be handed to them. Hopefully both Ben and Antonio will be well enough to play.