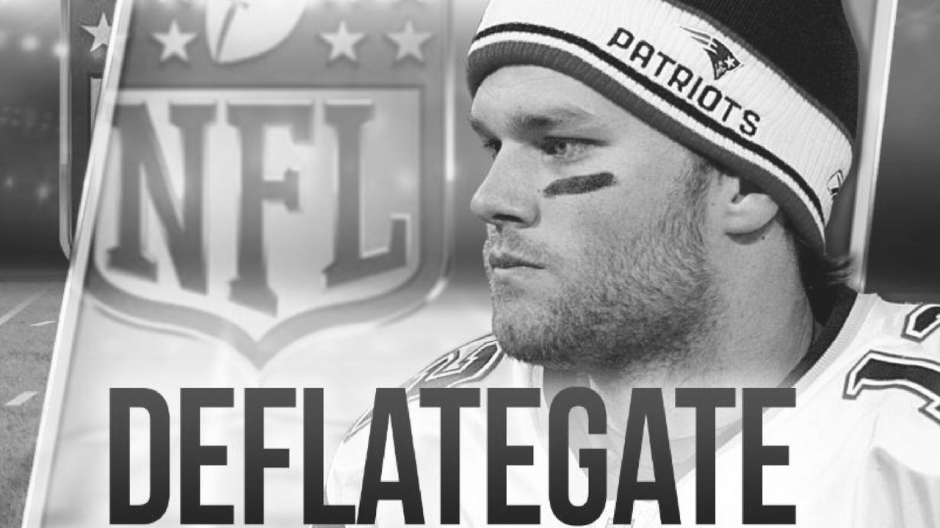 As a Steelers fan I could not be happier that Tom Brady’s suspension was upheld. First off, if there’s any team I hate as much, okay nearly as much as the Ravens, it’s the Patriots. It’s just something about them that I can’t stand. No it’s not the previous cheating allegations, no it’s really nothing against Tom Brady because he’s a beast as what he does. No it’s not the owner, general manager, coach. It’s just something about the team that irks me.

So, why the hell am I so happy? With Tom Brady being suspended for 4 games means that he won’t be playing in the season opener, September 10th, against the Steelers. I have confidence in my team, but hell our first game are against the Super Bowl champs. That’s where this whole Deflategate stems from. Let’s back track to the AFC Championship game in JANUARY against the Colts.

Long story short, the Patriots were playing with deflated balls which would give them a better handle. Not saying that they couldn’t have beat the Colts playing with regular balls, it’s still cheating to take any air out of the ball for leverage. Now this whole investigation did not stop the Super Bowl festivities. It did not stop the Patriots from winning the Super Bowl. Patriots fans rode off into the sunset for the 4th time thanks to their MVP, Tom Brady.

Patriots have their parade, still hush hush about the Deflategate fiasco. There was talk about it, but there was no further investigation done until a few months later when Tom Brady’s suspension was announced. I sure did jump for joy then simply because I had seen the schedule. Still, why did it take 3 months for something that was so obvious?

All in all, an example is being made out of the Patriots which can be seen as karma for all the other years they were accused of cheating. Also Roger Goodell really couldn’t take back the suspension. Tom Brady is already seen as being invincible, taking away the suspension as if nothing happened would cause an uproars. Goodell already has enough heat on his back. The Patriots just have to be the chosen ones. As champions, they should be able to handle it. Here’s what Tom Brady had to say, via Facebook (read full statement here):

“I am very disappointed by the NFL’s decision to uphold the 4 game suspension against me. I did nothing wrong, and no one in the Patriots organization did either. ”

“Despite submitting to hours of testimony over the past 6 months, it is disappointing that the Commissioner upheld my suspension based upon a standard that it was ‘probable’ that I was ‘generally aware’ of misconduct. The fact is that neither I, nor any equipment person, did anything of which we have been accused. He dismissed my hours of testimony and it is disappointing that he found it unreliable.”

For Tom to be so innocent, he can’t ignore that he incriminated himself with destroying the cell phone during the investigation. He just incriminated himself with that. No ones a fool. 10,000 text messages that suddenly got destroyed, excuse me he had to get a new phone, conveniently during the investigation. Come on Tom, no ones that dumb. Goodell had to make a decision based off probability. These days that’s close enough to be liable.

“The decision handed down by the league yesterday is unfathomable to me. It is routine for discipline in the NFL to be reduced upon appeal. In the vast majority of these cases, there’s tangible and hard evidence of the infraction for which the discipline is being imposed.”

This whole Deflategate thing has gotten a bit out of control. It should not have taken until nearlyAugust, pre-season, for an official decision to be made. It should have been handled directly after. All this money and they could have had the investigation ongoing post the AFC game. All this waiting and hype was unnecessary. It could have been avoided and handled quickly with less social media invoked.

Should this go to court? No because I honestly don’t think it’s that serious. Tom can still work the background and give the backup QB tips. Roger Goodell could make it seem like everything is ok when the balls are going to be monitored. They should have been monitored and checked prior to this. Everything else is getting mandatory attention, why not the ball? Especially during a championship game.

Well this will go to court as Tom Brady and the NFLPA are contesting that Goodell basically didn’t have enough concrete evidence to uphold the suspension. Brady could very well make his way back on the field by September 10th, but this would have to be a speedy trial as it’s a little over a month away.

For all those Patriots fans, Tom Brady should just take the suspension. Yes, I’m being biased. If they were to lose their first 3 games, which I doubt, they would have a chance to regroup and get it together the week before Brady’s return. Regardless of sitting the bench, I know he’s going to be all over his temporary replacement to get the job done. Patriots fans, just hold out until October 18th. What a coincidence that they’ll be playing against the Colts. Only time will tell how this pans out.

One thought on “Sound OFF: ‘Deflategate’”

Would you believe could create a planner with items ONLY from Dollar Tree? ——————— Yes, you read that right. I created a full binder with 6 months worth of inserts, notes pages, wall decals, tabs, sticky note, organization ... ——————— I’ll be sharing more details throughout the week, but you can see the entire set up from start to finish my clicking the link in my bio 😉
How do you plan your week? —————— My planning process is really simple. It’s about getting what’s in my head on to paper. While I have digital to do lists as well, nothing compares to a pen to paper brain dump. ——————— Loving this insert that’s a part of the @sofabulously_creative February kit. Using this insert specifically for social media, so it’s free range with deco and this super cute doily adds a lil extra razzle dazzle. Save a few coins with my code LakiaFAB ☺️
I’m more of a weekly planner, what’s your style? —————— Loving this weekly printable from @mjplanner, especially the gratitude, affirmation, and self care sections. Use the code Lakia20 to save!
A new planner in my lineup? —————— Loving the TN insert included in the @sofabulously_creative February kit. Using mine to keep up with my social media, plus it’s thin enough to fit in my half letter discbound pkanner. Win, win.
What’s in your planner pouch? —————— I don’t carry a planner pouch all the time, but when I do, I have a few essentials: - 🔸Stickers 🔸A pen (either my Bic Gelocity or Paper Mate Ink joy) 🔸Highlighters
Calling all sticker lovers! ——————— I love discovering new sticker shops. @_sparklesdelight has a variety of both decorative and functional stickers. Can you tell which ones are my fav? ——————— Feel free to mention my name, Lakia, for an exclusive freebie 😉
%d bloggers like this: