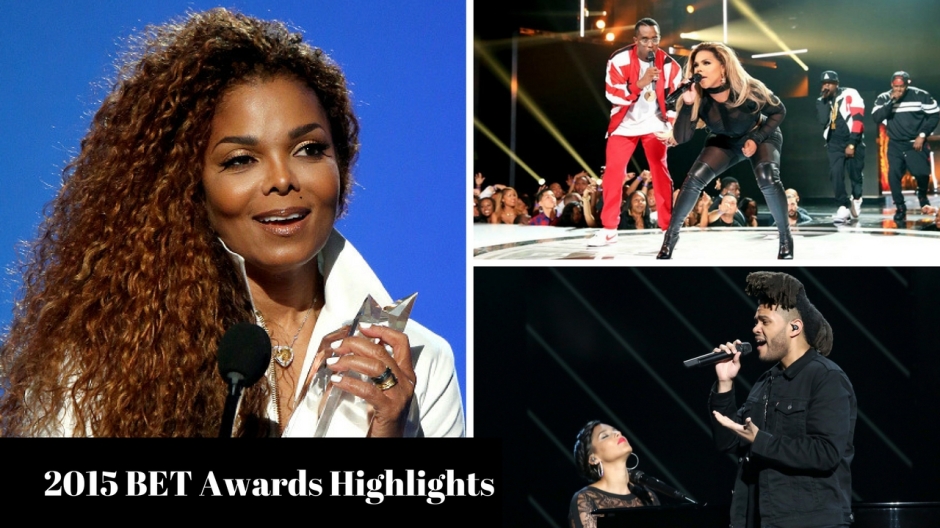 Another award show has come and gone and as much as I convinced myself that I wouldn’t be watching this years BET Awards, I ended up watching. The show was hosted by Tracee Ellis Ross and Anthony Anderson with a whole bunch of fluff and mediocre performances in between.
I won’t touch base on every performance, but let’s get into my favorites.

Now I did not watch the whole show, I missed a half hour of the beginning and I turned it off after the Janet Jackson tribute. I loved The Weeknd’s performance, especially his duet of ‘Earned It’ with Alicia Keys. Big Sean also did a great job especially when he got the audience hype to ‘IDFWU.’ Click HERE for my review of his latest two videos, ‘I Know,’ and ‘All Your Fault.’

Moving on to the bigger performances, I LOVED the Bad Boy reunion. Diddy, excuse me, Puff Daddy bought out the whole team: Mase, 112, Faith Evans and of course the Queen Bee, Lil Kim. Now that is an entrance and gave a flashback to her album promo poster for Hard Core. Mishaps of the set would be Diddy falling in the hole that Lil Kim was about to come out of and French Montana coming out and doing his freestyle over Bobby Shmurda’s ‘Hot Ni**a.’ Overall I enjoyed the energy and I loved the entrance with the mirrored walkway, It would’ve been major slayage (yes slayage) if MJB would’ve hit the stage.

My second favorite segment was the Janet Jackson tribute with Tinashe, Jason Derulo, and Ciara. I loved that it focused on the choreography, granted the award was honoring her for music visuals, but still I enjoyed it. I wish that Janet would’ve came out and performed. Her new track ‘No Sleep’ (click HERE for review) played and she walked out looking fabulous with her big curly hair and white jumpsuit. Loved the look. Fingers crossed for a dance video from her coming soon. 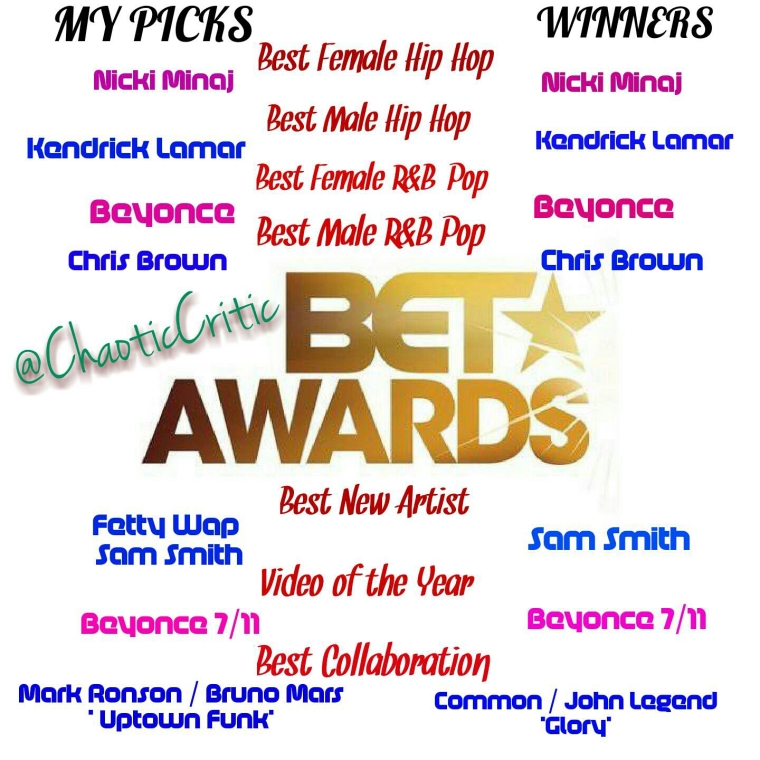 As for the show overall, it’s what I expected. There were awkward moments, selfless plugs such as DeSean Jackson promoting the Hip Hop Awards and Keyshia Cole announcing her album would be released independently. I enjoyed Tracee and Anthony as hosts, but there were awkward moments with them as well. I think some things are too forced which makes it weird. The biggest problem, these celebs cannot read off teleprompters. Please, get it together.

Lastly, the winners, let’s judge versus my picks. Initial post of my picks HERE.

For past BET Awards reviews, click the links below:

One thought on “2015 BET Awards Highlights”