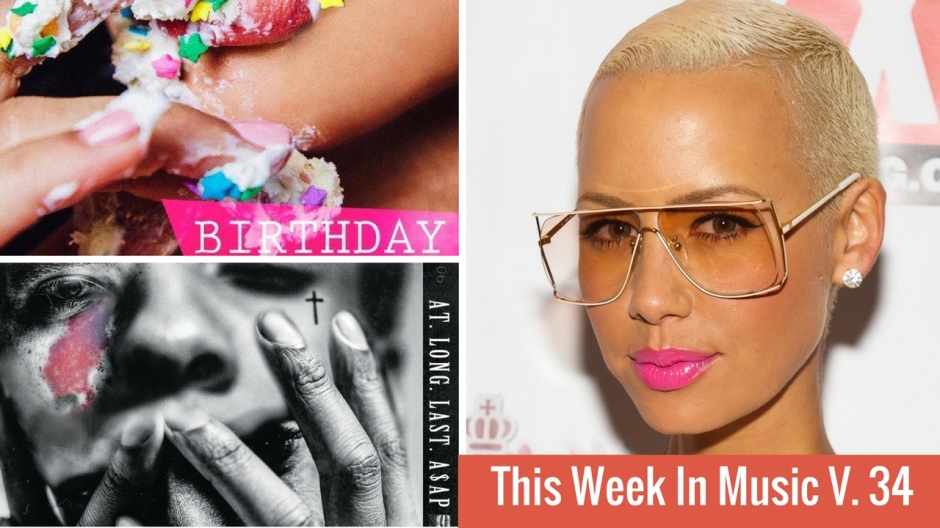 Welcome to another edition of This Week In Music. Before we get into this weeks recap, check out my posts of the week below:

One track that stood out to me this week was Elle Varner with 50 Cent, ‘Birthday.’ Now Elle Varner has yet to release an album since her debut Perfectly Imperfect (click HERE for review), but has released previous singles ‘Cold Case,’ and ‘F*ck It All.’ As for this track she stated in an interview with Billboard:

“Imagine if your lover treated you like everyday was your birthday! We captured that fun and sexy vibe on this record. You can certainly add this one to your go-to collection of ‘Birthday’ classics.”

I really do enjoy the track it’s just the lapse in putting out music is not going to get her radio time. Her upcoming album, 4 Letter Word, still has no release date. Listen to the track below:

As for an artist that I just can’t get with, it’s Natalie La Rose. Her track with Jeremih, ‘Somebody.’ annoys the life out of me. Now she has a new one with Fetty Wap titled, ‘Around the World,’ and I’m not feeling either. Then again every time I say I’m not feeling something it grows on me. I can’t see this track doing that though. Take a listen below:

I’m really enjoying the new track ‘Ghost Town’ from Adam Lambert. It’s been out for a little over a month, but I’m just now discovering it. I love his sound and his vibe. Listen below:

Amber Rose, who hasn’t really been in the limelight since her war of words with the Kardashians, she’s releasing a book titled, “How to Be a Bad B*tch.” Now, I’m all for her getting her coins, but hell she could’ve release a book titled How to Be a MUVA! Thats no shade whatsoever, that’s what she pens her self as, Muva. I think that in this world where females are competing with celebrities who have the resources they don’t that they should learn how to embrace themselves not the facade of being a “bad bitch.” She’s a entrepreneur in her own right, I just wish her book would be titled something different based off all the girls that look up to her.

In baby news, there were two deliveries this week. Fabolous and Emily B welcomed a son to the world and Ludacris and Eudoxie welcomed a baby girl, Cadence Gaelle Bridges. Congrats to both couples on the new additions to their families.

Note: Be sure to click the links in bold to find items mentioned/links to related posts.

Keeping busy and creating content. Some days are better than others, but on the days I feel up to it, I create. Search ChaoticCritic3 on YT to keep up or click the link in the bio 😉
Happy mail on unhappy days...
All things @capitolchicdesigns this week ✨
Today’s essentials ✨
Busy yet productive Saturday. Ready to enjoy the rest of my afternoon couch surfing with my snacks, remote, & Tik Tok.
Staying hydrated.⁣ Minding my business.⁣ Working on my craft.⁣ Repeat.
%d bloggers like this: