Six years to the date of releasing his first mixtape, So Far Gone (2.13.09), Drake dropped a new project that some thought was an album as it surfaced for purchase on iTunes. The mixtape, If You’re Reading This, Too Late, features 17 tracks. Of course the media calls this pulling a Beyoncè, but I see this as his way back to the forefront after being here and there and of course a follow-up to Nothing Was the Same. Oh the tactics. I still have yet to listen to the mixtape, but it’s something I will listen to on a car ride to work. If I can ride out to it, it’s good in my book. In the meantime I’m late (pun intended). Maybe I’ll do some type of review. Just maybe. 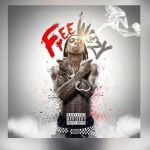 Speaking of Drake, Lil Wayne was supposed to be releasing a FREE album, but nothing has yet to surface. Last month he dropped Sorry 4 the Wait 2  (click HERE for ‘Drunk In Love (Remix)’ review) and the beef with his former “father” continues. Cash Money is one of the longest running Hip-Hop labels that is  still putting out music and Young Money is the forefront to Drake and Nicki Minaj. The cover (to the left) is the artwork for the Free Weezy Album that has hit the net and according to Wayne the music has been sent, but according to fellow YM rapper Mack Maine there is no album and fans should just enjoy what Drake put out.

My thoughts on the whole YMCMB issue is that it’s a bond between Birdman and Lil Wayne that needs to be fixed. There could be a hell of a lot of outsiders putting in their 2 cents, but the real issue needs to be handled between boss and “son.” Regardless the entities are still together because there’d be no YM without CM. I really wish that the beef will be squashed and music and Birdman and Lil Wayne can go back to how things used to be. P

Imagine Dragons are heading on tour this summer, click HERE for dates, and they have released a video to their latest single ‘Shots.’ I was expecting something different, the video is inspired by paintings by Tim Cantor, but I still love the song nonetheless. Their album, Smoke + Mirrors, hits stores/online this Tuesday, February 17th. Check out the video below: 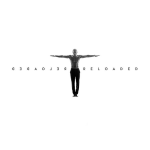 Trey Songz has also released a video for his latest single ‘Slow Motion’ after flooding Instagram with the track over various Vines. The single will be featured on the re-release of his album Trigga, to be titled, Trigga Reloaded dropping April 14th. For fans looking for a ton of new music ‘Slow Motion’ seems to be the only track. As for this ‘Slow Motion’ video, it’s typical Trey Songz: Trey, female, no clothes, touchin’/lovin’.  I’m just over a lot of what he’s putting out. As a Trey Songz fan I try really hard to like his new music, but I’m not fully interested. Anyway, check out the video below:

More news to come next week and expect more reviews.