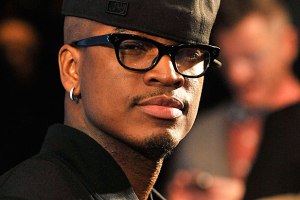 HAPPY HAPPY BIRTHDAY TO NE-YO! I remember when I first heard Ne-Yo on ‘Stay’ and I’ve been hooked ever since. Before he released music of his own, he had written ‘Let Me Love You’ (2004) for Mario and has worked with other artists including: Rihanna, Beyoncé, Leona Lewis, Celine Dion, Ciara, Carrie Underwood, Whitney Houston, and more.

As a solo artist he has released five studio albums with one titled Nonfiction in the works. He has won 2 Soul Train Awards, 2 BET Awards, and 3 Grammy’s, among others. While he is still pursuing his solo career, he also has a record label, Compound Entertainment, which is home to artists: Adrienne Bailon, Trevor Wesley, and Sonna Rele along with producers Phatboiz, Mike Snoddy, and corporal. Much success to Ne-Yo and his future projects.

HAPPY 32nd BIRTHDAY!!! Listen to some of my favs below: