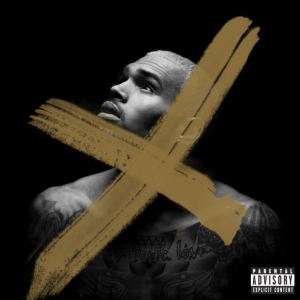 I’ve been listening to Chris Brown’s latest album, X, in rotation since its release (9.16) and I’ve been LOVING it from beginning to end. I’ve been a Chris Brown fan since his self-titled debut was released back in 2005. I remember when I first saw ‘Run It’ on BET and I remember how obsessed I was over his second album, Exclusive: The Forever Edition. I’ve enjoyed tracks in between then from his other albums, BUT this is the first one that I’m listening to constantly on rotation from beginning to end. Let’s get into the review. Be sure to ALWAYS click the links!

Now for pricing and all that good stuff, for those that care and still BUY albums. The prices on iTunes, Amazon, Target, and Walmart are all similar with the standard starting at $9.99 and deluxe priced at about $14.99.

Moving on to the MUSIC, the album consists of 17 tracks with 4 bonus tracks for a total of 21 tracks. ‘Fine China’, ‘Don’t Think They Know’ (feat. Aaliyah) and ‘Love More’ (feat. Nicki Minaj) were both released in the earlier part of last year, I guess that’s why it made it’s way to the bonus tracks section of the album. As for MY TOP 5:

In comparing the ‘Songs on 12 Play’ (feat. Trey Songz) versus ‘Drown In It’ (feat. R. Kelly) from my top picks it’s clear to see who won the battle for me. The placement of the tracks was great. To have ‘Songs on 12 Play’ then move on to the ‘101 (Interlude)’ with ‘Drown In It’ was perfection. Anyone that follows music knows of the past “beef” between Trey Songz and R. Kelly, but this impromptu vocal battle, was greatness. I WISH I could’ve heard them on the same track, but having the two of them on the same album is a start.

The overall album shows that Chris Brown can do just about anything musically. You have the traditional R&B, new age R&B (which has more bass), and of course his pop tracks. Chris Brown can really maneuver into any lane and that’s why he has such a vast fan base. Regardless of how long it took for this album to be released, it was worth the wait.

Stream the album below (via Spotify):