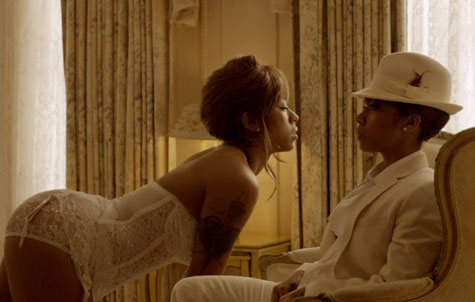 The artwork has been revealed for Keyshia Cole‘s, Point of No Return, and she’s back with the video for her track ‘She’. While it has been said that Keyshia is talking about a female lover she talked about the concept of the song on 106 & Park.

“It’s about self love to me, and going through my divorce, you have to give yourself a little self love because you’re used to somebody being there every night and they’re not.”

The video features a different side of Keyshia Cole which really isn’t displayed. She’s in lingerie dancing for someone whose in a suit, hat and lounging in a chair. As the video goes on its clear to see that she’s dancing for herself. It’s interesting to see that side of Keyshia. The gold ensemble that she had on at 1:50 was gorgeous. The video overall was way better than the others she’s released. I understood the concept of it and I hope that from here on out they only get better.