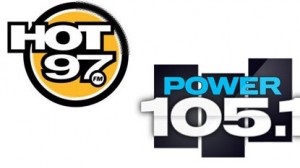 There’s been a LOT going on this week, hence why my posts have been sparse, but as always welcome to another edition of This Week In Music. Let’s jump to chart news quickly. Please be sure to click links that’ll take you directly to the album/track.

Back to Iggy Azalea for a moment, she is very busy on the charts and not just the pop one. She’s teamed with Hustle Gang General, T.I., for their latest collab ‘No Mediocre‘. I reviewed the track, but be sure to check out the video below. As for my thoughts, it was okay; nothing special.

Keeping along the lines of new videos this week, Trey Songz has released a new video for yet another single off Trigga titled, ‘Foreign’. I wasn’t really expecting to like this song as much as I do, but it’s catchy, the beat is there, and Trey Songz in the video is a major plus. The video starts the same as his ‘SmartPhones‘ video did and then he heads to a video shoot where he dances around with various women which matches every word he says, he likes his women foreign. Check out the video below. Trigga hits stores/online July 1st.

Mary J. Blige released two videos this week in support of the Think Like a Man Too Soundtrack. The soundtrack features 14 original songs from Mary J. Blige. The first video released was the cover of Shalamar’s ‘A Night to Remember’. The video featured a cameo from style ICON, June Ambrose. Then there’s the video for ‘Suitcase’ which was AMAZING! I’m very happy about this MJB compilation and YES a ‘My Top 5’ will be coming soon. Check out both videos below:

Now switching gears a little bit let’s get into TWO biopics that will be coming soon, well in 2015. The first is that of N.W.A. titled Straight Outta Compton. Dr. Dre will be played by Corey Hawkins, Cube by his son O’Shea Jackson Jr., and Eazy E by Jason Mitchell. The film will be directed by Gary Gray, production starts this summer, and is set to hit theaters August 14, 2015.

Moving on to the next biopic and one of the most controversial stories of the week is that of Zendaya Coleman begin casted to play Aaliyah in the upcoming biopic about her life. Now the controversy is that Zendaya is not ‘black enough’ to play Aaliyah. No her skin tone is not spot on to that of Aaliyah’s but it just utterly rude to make a comment as such. Personally, I feel the same way about Aaliyah having a biopic straight to TV (Lifetime) as I am with Whitney Houston’s going straight to TV. Artist of a certain caliber need to go to a theater. Even if it’s for a few private screenings, etc.,I think a movie screening is appropriate as well. Now Aaliyah’s family is fighting the production of this film not as far as casting, but as far as the movie not being on a theatrical level yet being put straight to TV. Aaliyah’s family is very territorial over her name, as they should be, BUT if this movie is gong to be stopped for going to Lifetime it’d be great to get one in theaters sometime soon.

Lastly, it all comes down to the HEADLINE for me of the week: ‘Angie Martinez Resigns from Hot 97’. after studying broadcast journalism, primarily radio, throughout college I’ve been obsessed with the formation of radio and my favorites have always been Wendy Williams and Angie Martinez. I loved that Wendy Williams asked any and everything not caring and not holding back and then there was Angie Martinez who was like every superstars friend as her essence just radiated that. After 25 years on Hot 97 and the past 15 as the Voice of NY from 3pm-7pm (The Angie Martinez Show), she has resigned and moved on to RIVAL Power 105.1. Her friends at Hot 97 seem to understand,I mean not that they have a choice. The difference between Hot 97 is like comparing it to that of a local grocery store and Walmart. There’s local attention then theirs global. Moving from Hot 97 to Power 105.1 expands Angie Martinez’s brand as its owned by Clear Channel. No word on her start date just yet, but she’ll be taking over the 2pm spot currently held by DJ Prostyle and then she’ll be on the sister station Miami’s 103.5 FM (The Beat of Miami). Congrats to Angie for making such a huge move.