There’s been SO much new music released this week and I’ve been waiting to talk about a lot of it for this post in particular. Some were hits and some were misses. Unfortunately a lot that I listened to were straight misses for me which was disappointing from certain artists being that I enjoy their previous work. Let’s get into it. 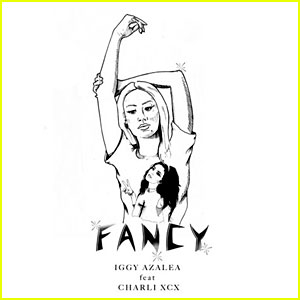 Quick chart news, Congrats to Iggy Azalea for having ‘Fancy’ reaching the #1 spot on the Billboard Hot 100. Simultaneously, her collab with Ariana Grande, ‘Problem’, sits in at #2 making her the _ solo artist over all to have achieved this chart position. Also be sure to check out my review of the video for ‘Problem’ here.

In other music news, Beats by Dre was indeed purchased by Apple this week for $3 billion dollars. With that deal Dr. Dre is officially the WEALTHIEST Hip Hop artist and the first to reach the billion mark. Yes, Dre has surpassed Diddy with this move. CONGRATS! Nearly two months ago I posted, Forbes 5 Wealthiest Hip Hop Artist: Race to 1 Billion, and I said that Diddy would be the first reach the billion mark due to his steady incline yearly with all his business ventures. This deal just goes to show that all it takes is one deal. Diddy is next up though, but Dre. wins the race.

Now for the music. There’s been a slew of music released from: Justin Bieber, 50 Cent, Ne-Yo, Common, Jhene Aiko, Tyga, and others. Let’s get into the misses of the week. I was really interested in hearing new music from Ester Dean, Day26, and Ne-Yo, but after hearing their ‘comeback’ tracks they’re very lackluster and leaves me disappointed and uninterested. Ester Dean is an amazing songwriter, but this track she released ‘Twerkin 4 Birkin’ is horrible and in my eyes downgrades her talent.

Then there’s Day26. Danity Kane got back together as a foursome, now it’s down to three so I knew it was only time before Day26 would resurface. Their new track, ‘Bullsh#!t’ just doesn’t do it for me. Being that they’re an R&B group I didn’t really expect them to come out with a radio hit like that of Danity Kane. I knew a slow jam would be coming. Lyrically the song isn’t all that great. There’s potential vocally of course, but new material is needed.

Lastly, Ne-Yo is back after he said he was done and is gearing up to released a new album in September titled, Non Fiction. His new track ‘Money Can’t Buy’ features Jeezy and while it’s not horrible I’m just not feeling it. I would prefer to hear Ne-Yo by himself. Jeezy wasn’t really needed, but in this R&B world, you’re more likely to hit the radio with a  rapper assisted track. The song isn’t a complete miss, I’m just disappointed lyrically from Ne-Yo because this song concept is nothing new. He could do better.

Yes an artist has the right to do whatever they feel and who I am to judge on their creativity. I just expect more conceptually from artists and a certain point. Now for the tracks that I’m feeling this week. Mary J. Blige came back with a track called ‘Suitcase’ and it’s another breakup song. It’s Mary’s signature though at this point. I like the vibe of it. Jhene Aiko released her collab with her rapping alter ego J Henny titled Stay Ready’ and I like this one more than her radio smash, ‘The Worst.’ I really really love the vibe to this one. Next up is Justin Bieber. I was a bit hesitant to listen to his new track ‘Looking for You’ featuring Migos, but I really really like it. Just goes to show don’t count a track until you give it a full listen. Take a listen to my hits of the week below:

One thought on “This Week In Music (V.10): Music News + Track Hits/Misses”