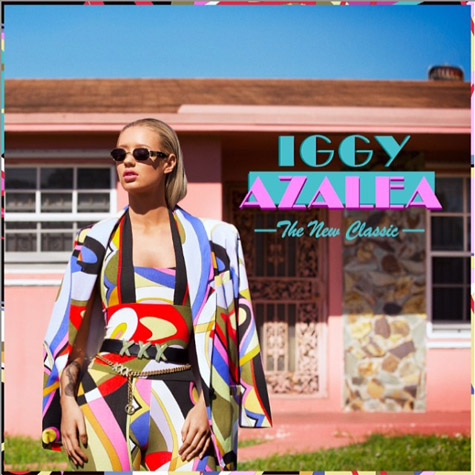 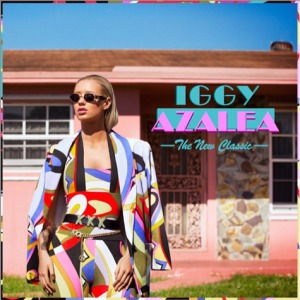 After months and what seems what years of a delay, Iggy Azalea has released her debut album The New Classic. Is her debut to be considered classic? I wouldn’t necessarily call it that, but I am pleased with the content on it although some of it was redundant. Let’s get into my top 5 (in no particular order):

If I had to choose ONE song as my favorite it would come down to ‘Fancy’. I know a lot of songs I chose were songs she’s previously released, minus ‘Rolex’, but there really hasn’t been an Iggy song released that I haven’t liked. Well I lied, her collab with Keyshia Cole (‘I’m Coming Out’) was horrid. Moving on I liked the flow of the album. She talks life, love, and how fab she is which is what you would expect. Lyrically songs did sound similar, lyrically, such as ‘Don’t Need Y’all’, ‘Walk the Line’, and ‘Work’.

‘Rolex’ is one of my favorites because lyrically I love a song when an artist talks about a past love. In this case Iggy was speaking of her ex, A$AP Rocky.

I got you tatted / You took off before the ink dried on my hand.

Incase you didn’t know, Iggy used to have a tattoo of A$VP on the outside of her left pinky finger. Out of all the songs that are on the album I feel that this one is most personal.

Overall I think this album is a great debut. I am really impressed and have become a HUGE fan of Iggy Azalea. Again as far as this being a classic, eh I’m not sure about that. She’s come a LONG way within a year and I’m glad that her debut did not get swept under the rug. ‘Fancy’ is what capitalized on her career and it’s a song that works with her voice. I absolutely love it. Take a listen to the album below (via Spotify):

Anyone else struggling with time management? Here it was just after midnight and I couldn’t fall asleep. My mind was going. I was overwhelmed and when that happens, my anxiety goes from 0-100 .. real quick. I knew something had to change. The issue? I suck at managing my time. No matter how nice it might look on paper, I’m not making the most of my 24 hours. This is where the @jordanpage @funcheaporfree #blockschedule comes in. I sat watching the nearly 30 minute video (might as well make my YouTube rabbit hole time somewhat productive). I then printed out the freebie from the site, grabbed a pencil, and got to work. By the time I fell asleep it was after 3am, but I’m committed to this new system. While I didn’t wake at 7am, and I hit snooze, I was up before 8 so .. baby steps. I give this long spiel to say, start today. Whatever it is you’re avoiding, don’t wait for next week, next Monday, the first of the month, just do it now. Will implementing this block schedule be an overnight success? I doubt it. Will sticking with it and giving it a fair shot help me in the long run? Absolutely!
What’s on your reading list? ———————— I find myself reaching for autobiographies/memoirs and books that cover self help and personal growth. Now time to actually read and not just buy and collect. ———————— Love the addition to this @mjplanner reading printable to track how you feel as you’re reading. Use my code Lakia20 to save a few coins 🙂
Are you one for a running to do list or categorized lists?
Today’s finds for my stash courtesy of @daiso_usa. #instahaul
Need more structure in my day, so giving this @jordanpage @funcheaporfree #blockschedule a shot!
Who else is making mental health a priority this year? —————————— Love the variety that @mjplanner has from therapy notes to a thought record (aka a mental check in). The mood tracker specifically is helping my pin point changes I have throughout the month from anxiety to depression and my energy levels. —————————— Interested in adding this printable to your lineup? Use the code Lakia20 and save 20% 😉
%d bloggers like this: